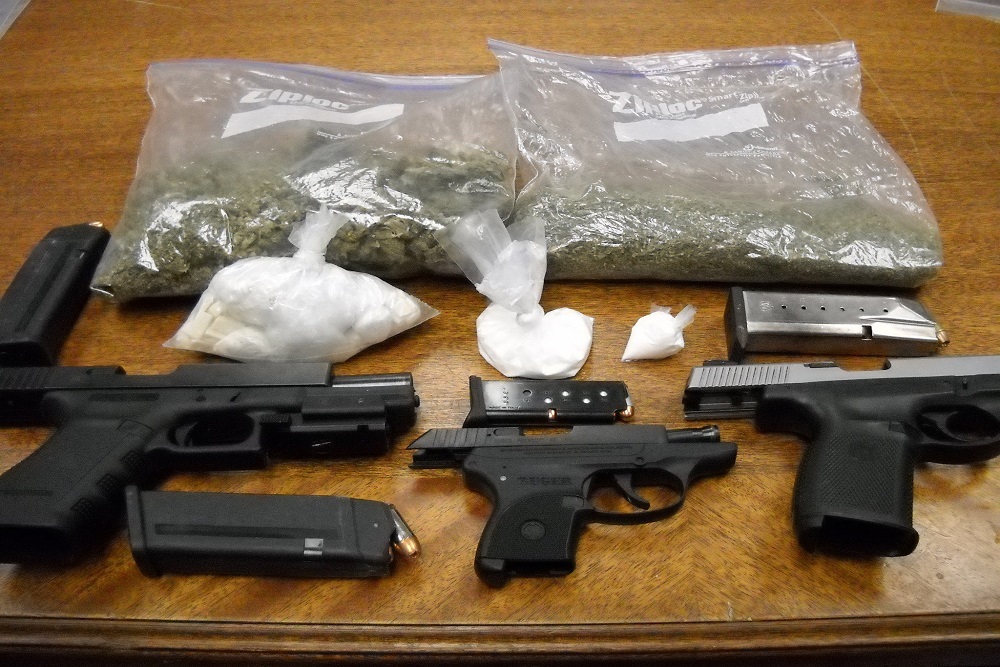 U.S. Attorney's Office for the Middle District of North Carolina issued the following announcement on Jan. 17.

Evidence presented at trial showed that on May 29, 2017, at approximately 2:00 a.m., officers from the Greensboro Police Department’s Street Crimes Unit followed and approached a black Chevrolet Malibu in the parking lot of a gas station located at 3302 South Holden Road in Greensboro. Police found an Intratec, Tec-9, 9mm Luger firearm sticking out from under the front passenger seat where SMITH had been seated. When officers recovered the weapon, they noticed that a red dot sighting system situated on top of the weapon was turned on and that a round of live ammunition had been chambered, making the Tec-9 ready to fire. The magazine contained twenty-six additional rounds of live ammunition. In the door pocket of the front passenger seat, officers recovered a plastic baggie containing 3.32 grams of heroin. At trial, the government presented text messages, videos, and photographs that established that SMITH possessed the heroin for the purpose of distribution and that he was previously familiar with, and had access to, the Tec-9. The Tec-9 had a modification, a forward grip attached to the frame of the weapon, which made it subject to additional regulation and registration in the National Firearms Registration and Transfer Record.

The case was investigated by the Greensboro Police Department, the Federal Bureau of Investigation, and the Bureau of Alcohol, Tobacco, Firearms, and Explosives (ATF). The case was prosecuted by Assistant United States Attorney John M. Alsup.

Original source can be found here.

Want to get notified whenever we write about U.S. Attorney's Office for the Middle District of North Carolina ?

Sign-up Next time we write about U.S. Attorney's Office for the Middle District of North Carolina, we'll email you a link to the story. You may edit your settings or unsubscribe at any time.

U.S. Attorney's Office for the Middle District of North Carolina